Crack cocaine side effects include many different effects that are short-lived, often lasting merely minutes or just a few hours.  The short-term side effects of crack cocaine use include constricted blood vessels, dilated pupils, increased heartrate and temperature and euphoria.  The euphoric effects of crack cocaine usually only last 5-10 minutes and then the user will experience the sudden crash that is so widely associated with cocaine addiction.  During the crash, the 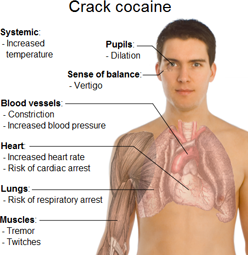 crackuser will feel depressed, tired, and irritable and will usually seek additional crack cocaine to “boost” them back to their euphoric state.

Often times, individuals who smoke crack cocaine will have burns on their lips, hands or fingers.  There may also be black marks on their fingers from the ash that builds up after prolonged use of crack during a binge.  It is not uncommon for individuals who are addicted to crack cocaine to binge on the drug, going days at a time without eating or sleeping.

The more quickly the crack cocaine is absorbed into the bloodstream, the faster the individual will get “high” but this also determines how quickly the user will “come-down” as well.  Various other short-term effects of crack cocaine use include loss of appetite, restlessness, anxiety and paranoia.  Most of these effects will quickly dissipate once the user is no longer smoking crack.

Call (888) 223-4410 anytime to discuss crack rehab options if you or a loved one has been diagnosed with addiction and/or a mental health disorder.

Physical Side Effects of Crack Cocaine

The most common physical side effects of crack cocaine include:

Psychological Side Effects of Crack Cocaine

The most common psychological side effects of crack cocaine include:

Many crack cocaine side effects pose significant dangers to pregnant women and to the unborn fetus.  Crack has the following side effects on pregnancy: 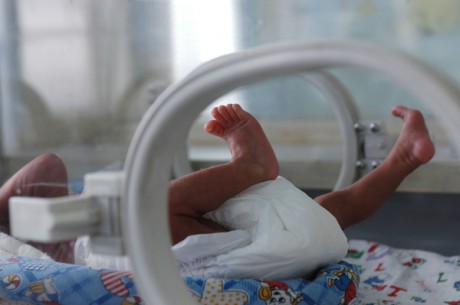 Call (888) 223-4410 anytime to discuss crack rehab options if you or a loved one has been diagnosed with addiction and/or a mental health disorder.